If you are not automatically taken to the site, Click here.

The movement was formed in London in 1979. DJ Neal Kay provided the platform for bands such as Praying Mantis, Iron Maiden, Samson and Angel Witch to air their music at The Bandwagon, a heavy metal haven. The term NWOBHM was coined by Geoff Barton, editor with the music paper of the day 'Sounds' which promoted music from the new movement.

Thanks to our incredibly loyal fans, we continue to promote our own melodic style of NWOBHM by touring in the UK, Europe and Japan. Our latest and 11th studio album, GRAVITY was released on 11th May 2018 by Frontiers Music and we are currently working on the next album!

We look forward to seeing you one at one of our shows this year. Tune into our social media pages also to stay in touch with us.

Click on the image to watch the video for KEEP IT ALIVE, the first track from the album, GRAVITY.

Thanks for checking in to our website. We will be constantly updating the site to bring you more stories, interviews, photos, reviews, videos and so on. Find us on Facebook or use the Contact Form to get in touch.

Check out our latest live video from the Frontiers Rock Festival from the upcoming DVD/CS release.

Our new album GRAVITY is out now and is available on CD, MP3 and limited edition black and green coloured vinyl! 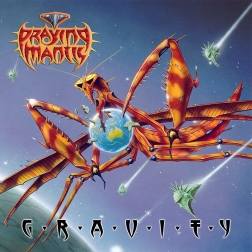 If you are a promoter and would like to receive our promotional material, click on the image.